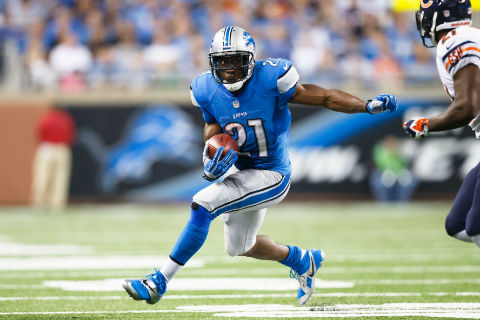 Shawn: If the bye did the Green Bay Packers a favor in so far as getting guys back healthy, it may have done them no others. There is a stark contrast between how the Packers and the Lions enter this game on Sunday.

The Lions are 3-1 coming off their best game of the year and see right in front of them the golden chance to go 3-0 in the division, put the Packers — the two time defending division champs — into a 1-3 hole, and end a painful NFL record of 22 straight defeats in Wisconsin.

The Packers, on the other hand, are coming off a week’s vacation, the last time they saw the field being a very sloppy and painful loss to the Cincinnati Bengals.

Besides the momentum deficit, it also concerns me that Detroit has played very well at Lambeau Field the last two seasons, obviously motivated by a streak that HAS to end at some point. After losing a shootout in 2011 in which Matthew Stafford threw for 520 yards, the Lions dominated the first quarter last season in seizing an early 14-0 lead. The Lions were driving into Packers’ territory again at 14-3 when a bizarre Stafford fumble was returned for a TD by Mike Daniels, ultimately changing the course of the game.

Fortunately for the Packers, the Lions remain a favorable matchup because they are weakest in the secondary, which is exactly where the Packers seek to exploit teams. The Lions are also strongest at the middle of the defensive line and don’t have proven outside rushers that should overly concern the Packers and their two young tackles.

Neither team has been good on defense, though the Lions undoubtably have better personnel than the banged up secondary that the Packers faced in both games last season. The Packers’ defense has been terrible in the fourth quarter of every game so far this season, while the Lions have been notoriously good at the end of games during Stafford’s career.

Packers fans can only hope that the return of Morgan Burnett makes a sizable impact for the defense. Otherwise, the Packers will likely have to win a shootout.

After two close losses on the road to teams that haven’t been as good as advertised, and one win against a bad team, no one knows where this Packers team stands right now. Are they still an NFC contender? Or are they ready to turn over the crown of a division that they have dominated? It is impossible to tell right now, and we STILL won’t know for sure after this Sunday, win or lose.

I could very easily see the streak ending this Sunday. However, perhaps clinging to naivette, I still believe the Packers are better than a team that went 4-12 last season and that somehow Lambeau Field will make a difference. This isn’t a must-win game, yet, but losing a divisional game at home would be devastating.

I think Aaron Rodgers rebounds and plays well. I think the run game, fueled by an Eddie Lacy/Johnathan Franklin tandem, shows up. And I think Stafford and Lions do enough self-destructing to make the difference.

Monty: The Detroit Fuckin’ Lions. These assclowns are looking pretty good this year.

Normally, this would be a throwaway game in that hey, the fucking Detroit Lions are coming to town, obviously the Green Bay Packers are going to win. Well, not so much this time around.

The Lions finally have some offensive balance thanks to Reggie Bush, who’s on pace for a career season. That dude could have over 1,000 yards rushing and 700 receiving. So, the Lions aren’t just Doughboy’s big arm and Calvin Johnson anymore.

Reggie Bush is the key to this game.

I’m confident the Packers and their shitty defense can contain Megatron because Sam Shields is a boss and he’s playing for a fat contract. I’m also confident the Packers can generate a pass rush as long as Clay Matthews and his girly hamstrings aren’t taking himself out of the game because name me one Detroit Lions offensive lineman.

So, the question then is, who’s shadowing Bush? The Packers have been decent enough against the run this season, so I don’t see him ripping off a 100-yard rushing game, but he’s the kind of sneaky bastard that will catch a ball out of the backfield and then run 40 yards with it. And hey, the Packers haven’t been the best at tackling guys like that in a while.

In that sense, Morgan Burnett is the key to the Packers winning.

On offense, we know Aaron Rodgers is going to do his thing because when is the last time Aaron Rodgers shit the bed two weeks in a row? Never.

Plus, the Lions are banged up in the secondary.

The Lions broke their streak of losing to Washington for all of history or whatever it was a couple weeks ago. They don’t get to break two streaks in the same season.

Well, the Detroit Lions Are Who We Thought They Were

Well, the Detroit Lions Are Who We Thought They Were