I mean, really. Look at these assholes.

This first one is my favorite. Nice fucking barbed wire shorts you shit dicks.

Oh, and look at that guy laying on the ground. He’s wearing Packers colors! He must play for the Packers! But you’re not wearing uniforms at all! Just tank tops and barbed wire shorts! 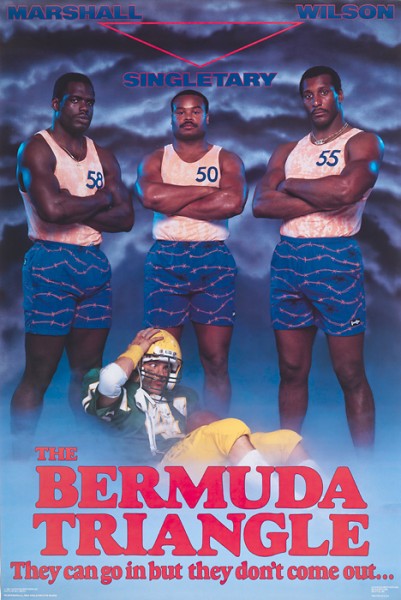 This next one is just about as lame. I mean, look. If you’re going to make this stupid poster, why wouldn’t you do it with Dan Marino and just have it be Miami Vice?

And could Jim McMahon look anymore derpy? By the look on his face you can just tell he was saying “derrrrrrrrr” when this photo was shot. 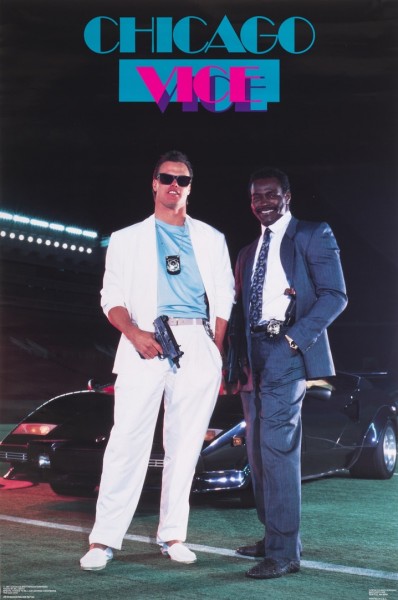 Ah, Mark Carrier. Definitely deserves his own poster being the all-great that he is. So he’s the monster of the midway. But the Bears themselves are the Monsters of the Midway, right?

And there’s an aircraft carrier parked right outside of downtown Chicago? This is all very confusing. 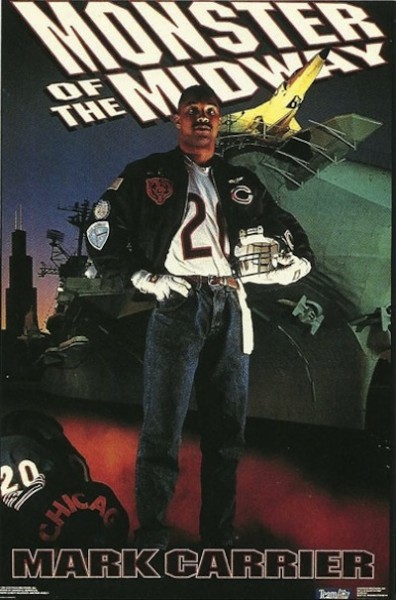 Previous Article
Jermichael Finley: It’s Not If, But When
Next Article
Total View: Green Bay Packers at Minnesota Vikings