Packers Will Be Vomiting Pink All Over Lambeau Field on Sunday 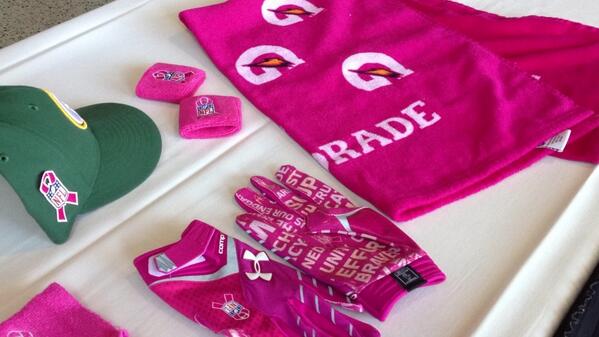 Hey, it’s breast cancer awareness month and that’s swell because breasts are good. We like ’em… a lot, but the NFL has a way of kind of overdoing things and the Green Bay Packers look to be upping the ante this year.

It isn’t just enough to paint one of those pink ribbons on the field or put up some displays in stadiums. No, the NFL has its guys where pink gear like shoes or gloves because when I see football players with pink shit on it makes me run out and donate money to breast cancer research.

It’s also a way for the NFL to sell more gear. Yeah, the league makes charitable donations on the money they make from selling that pink gear, but they’re also able to market all kinds of other shit to the people who buy it. And then they go and buy more.

Anyway, I’m getting away from the point. The Packers — they’re going to vomit pink all over Lambeau Field on Sunday.

Not only will the players be wearing the usual pink gear, but they’re also handing out pink towels to fans because nothing says “I love the Green Bay Packers” like a pink towel.

The pink gear is above. The pink towel is below.

It should be a veritable sea of pink. 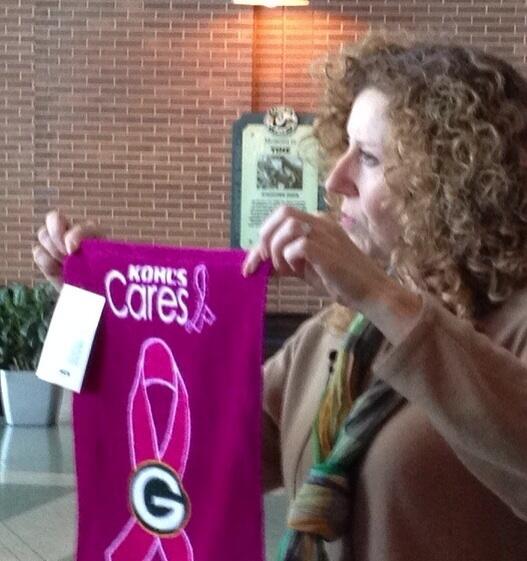