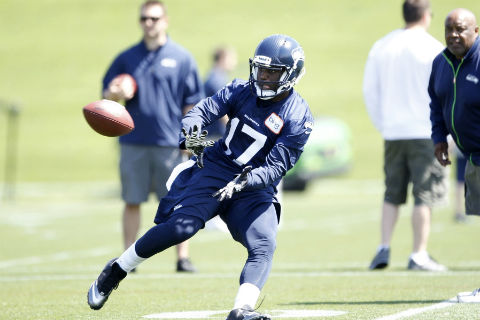 The Green Bay Packers have added some reinforcements for their banged-up receiving corps. They claimed Chris Harper, who was waived by the San Francisco 49ers Thursday.

Harper was a fourth-round draft choice by the Seattle Seahawks this year, but was released during final cuts. He was then re-signed to the team’s practice squad until the 49ers grabbed him.

Harper hasn’t seen any game action yet this season.

As a senior at Kansas State, Harper had 57 catches for 848 yards and three touchdowns.

Why Harper hasn’t been able to make an impact in the NFL, we have no idea, but he’s obviously going to need some time to learn the Packers offense if he’s going to make any sort of impact in Green Bay.

The Packers released running back Michael Hill to make room for Harper. Hill appeared in two games after being promoted from the practice squad.

He’ll still be eligible for the Packers practice squad.

Everyone on the Packers is Questionable

Hands Off These Colors

Hands Off These Colors