Jason Segel is Apparently Not a Packers Fan 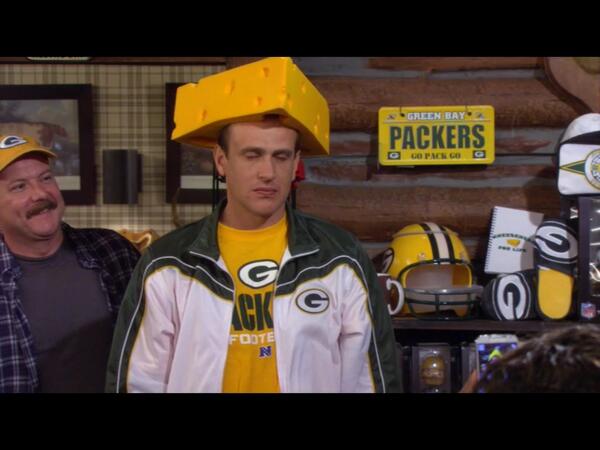 This is, apparently, a scene from the TV show How I Met Your Mother. I really wouldn’t know because I don’t watch that crap.

Anyway, that’s actor Jason Segel, who stars in said show, but you probably remember more from shit like Forgetting Sarah Marshall and The Five Year Engagement.

Anyway, people were pointing this out on Twitter yesterday. That’s the only reason I know about it. And they were using dipshit hashtags like #HIMYM because that’s what dipshits who watch this show do.

So, from what I gathered, Segel plays a Minnesota Vikings fan on the show and he lost a bet, so he had to wear Green Bay Packers gear. And that didn’t make him happy.

It only made him temporarily awesome.

Oh, and in case you were wondering, Segel is not from Minnesota in real life. He’s from L.A.

Previous Article
Eddie Lacy is Back and Apparently, Just in Time
Next Article
Uh Oh, Clay Matthews is Still Out