Here’s Some Classic Packers-Lions Action Because Why Not? 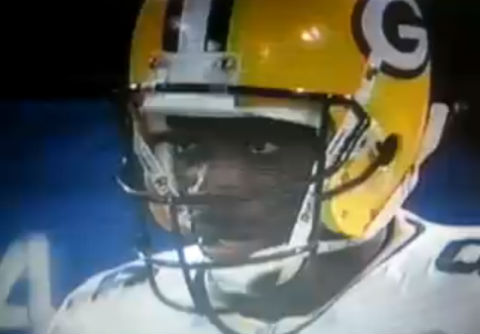 Hey, the Green Bay Packers play the Detroit Lions this week. The Lions are a pretty uninspiring rival, mostly because they always suck.

Like, the Lions haven’t won a game in Wisconsin for 22 contests. That last win came on December 15, 1991. That year the Lions were 12-4 and they lost the NFC Championship game to Washington.

Yes, the Lions actually at one time made it to an NFC Championship game. Barry Sanders was on that team. It also featured Detroit legends like Erik Kramer, Brett Perriman and Ray Crockett.

How the hell did these guys win? Well, mostly with Barry Sanders and their defense. The defense actually featured three Pro Bowlers in Chris Speilman, Jerry Ball and Bennie Blades.

That 1991 Packers team was 4-12. It got Lindy Infante fired. Mike Tomczak started at quarterback in that Lions’ win.

Anyway, better times were ahead. The next season a young gunslinger showed up and started slinging guns… or whatever it is gunslingers do.

After the 1993 season, the Lions and Packers met in the wild card game. That’s when this shit happened. The Packers also began their ascension and the Lions pretty much started going to shit.

And for good measure, here’s a Packers fan taunting a Lions fan back in 1993 at a place that doesn’t even exist anymore — County Stadium.

“They brought their grandma along, that’s what they did. They couldn’t do it alone.”

I don’t know what the fuck that means, but it’s awesome.