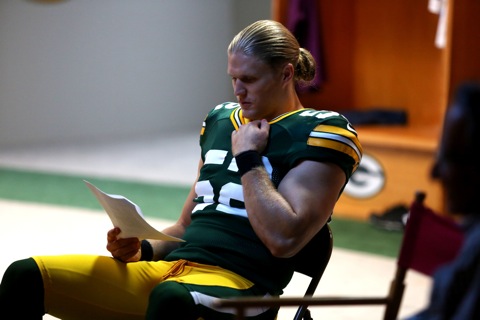 Green Bay Packers linebacker Clay Matthews practiced in full for the first time this week on Thursday and he says he’s playing against the Detroit Lions.

Matthews tweaked his hamstring before the bye against Cincinnati and sat out the second half. He said he made the decision to sit in conjunction with the Packers top-notch medical staff.

He expects to be at full strength this week, though.

“It is unfortunate first and foremost, but I’ve come to, not accept it, but to understand the rehab process,” Matthews said. “I think a younger Clay thought the world was over and I was going to be cut the next day and I’m not living up to the billing.

“But I’ve just got to get healthy. It’s part of the deal. When I come back I’m going to be the same player that I’ve been for the past several years, so, unfortunate yes. I wish we all had an answer for it, but I’ll come back and I’ll make the plays that I do.”

While Matthews was making guarantees about Sunday, coach Mike McCarthy was a little more cautious.

There may be some more good news coming, too. Cornerback Casey Hayward, who’s also dealing with a hamstring injury, was in pads for the first time since training camp, on Thursday.

He was limited and has already been ruled out of this week’s game, but that could be a sign that he’ll return for week six.

People Are Connecting Josh Freeman to the Packers