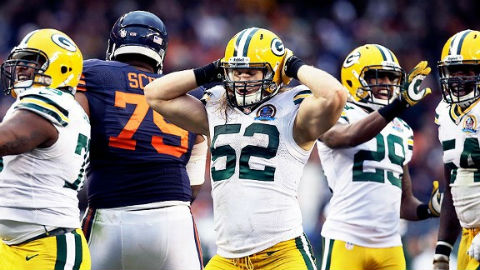 Earlier this week, Green Bay Packers linebacker was talking about how his defense had to hit San Francisco 49ers quarterback Colin Kaepernick when he’s running that read option bullshit.

And of course, Dicky McDickerson — 49ers coach Jim Harbaugh — had to take exception to that and whine about it to no one in particular. Like, hey, hitting the quarterback isn’t legal!

Well, the NFL has made it clear. And fuck you Jim Harbaugh.

In other words, if you insist on running the option to fool the defense, the defense has a right to hit any guy directly involved in that play because they don’t know who has the ball. And also, your mindless complaining and essentially, your attempt to cheat and bend the rules will not be applied this weekend, Jim Harbaugh.

Aaron Rodgers is Confident in his Tackles