Michael Hill was Added to Packers Roster, So, Highlights! 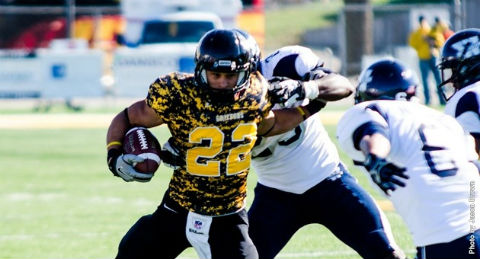 The Green Bay Packers had a roster spot to fill ever since they cut receiver and return man Jeremy Ross last Monday. They filled it with practice squad running back Michael Hill.

Hill played at Western Missouri, which isn’t exactly a college powerhouse. He was in camp with the San Diego Superchargers. But hey, watch these highlights. He can stiff arm the fuck out of pretty much any would-be tackler!

By adding Hill to the active roster, the Packers now have four running backs. Of course, three of those are in some state of injury. Eddie Lacy had a concussion in week two, James Starks hurt his knee last week and Johnathan Franklin hurt his ankle… or something.

Oh, and John Kuhn was also out with a hamstring last week.

This doesn’t answer the question of who will be the Packers return man, but hey, here are some Mike Hill highlights anyway!