Brandon Meriweather is Getting Fined 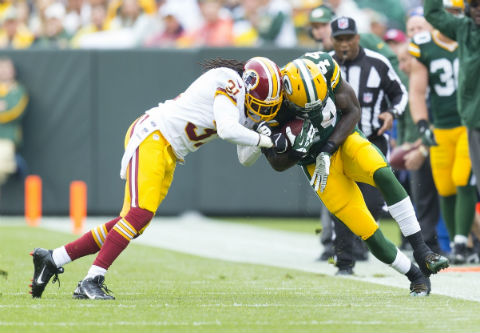 ESPN is reporting that the NFL is going to fine Washington Redskins safety Brandon Meriweather for his bullshit hits on Eddie Lacy and James Starks during Sunday’s game with the Green Bay Packers.

Unfortunately, this turd won’t be getting suspended and you have to wonder why.

Obviously, this fool doesn’t get it.

Meanwhile, the league did suspend Tampa Bay safety Dashon Goldson a game for repeat violations of NFL safety rules. Doesn’t Meriweather fall into that category too?