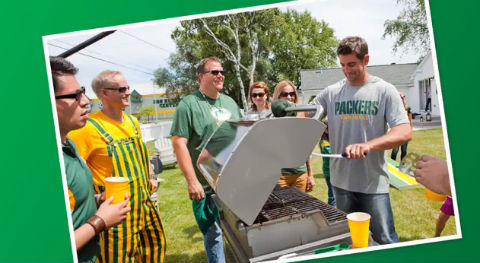 The Green Bay Packers must not have a game this week. Either that, or Aaron Rodgers quit the team and is cheering for the Packers nonetheless.

Why else would he be tailgating and playing cornhole with a bunch of clowns he probably doesn’t know while wearing Packers gear? What? These people aren’t actually tailgating, you say? Because you don’t tailgate in someone’s backyard without a vehicle?

Oh, and there’s nothing actually on that grill that Aaron Rodgers is grilling on? Air brats!

Yeah, this is the fucking worst commercial Aaron Rodgers has ever done. Way to go Associated Bank. Sign me up!