Aaron Rodgers is Still Waiting For a Call From Ryan Braun 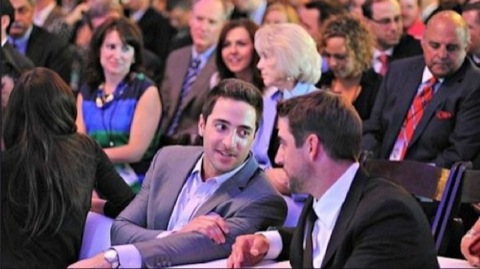 Green Bay Packers quarterback Aaron Rodgers was on his weekly radio show with Jason Wilde today and they talked about one Ryan Braun.

The disgraced Milwaukee Brewers slugger has been calling season ticket holders and apologizing to them for being a liar and a cheater. That might lead a reasonable person to believe that Braun has reached out to Rodgers.

After all, the two were business partners in two Milwaukee-area restaurants and Rodgers was one of Braun’s staunchest defenders while he was denying being a cheater.

“I haven’t gotten one of those calls,” Rodgers said.

Rodgers was asked if he was disappointed he did not get a call.

And that was about it. Clearly, a subject Rodgers doesn’t want to talk about. Although he was asked what is going to happen to 8-Twelve restaurant, the joint that he’s lending his name to. The owners, SURG Restaurant Group, have said they’ll be rebranding.

Rodgers joked that maybe Milwaukee Bucks center Larry Sanders could become his partner. Sanders also wears No. 8 and the Bucks just gave him a fat, $44 million contract extension because, you know, Larry Sanders is the future of the Bucks.