Time Out: Kelly Hall is Dancing the Cha Cha 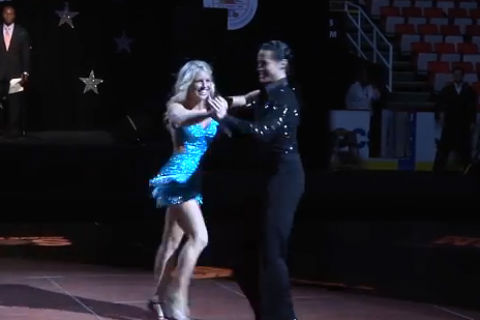 We tend to enjoy the exploits of Kelly Hall, especially when she’s doing classy things like keg stands and shit. If you’re somehow unaware, Kelly Hall and her big, fake tits are the girlfriend of Detroit Lions quarterback Matthew Stafford.

How is Kelly Hall an All-Star? Who the hell knows?

Maybe at swallowing cheap booze and… well, we won’t go there. But this has to be some sort of Detroit thing because where else would she be an All-Star?

Disney presumably had something to do with this too, since you can see a pretty large Mickey Mouse in the background. Oh yeah, and Kelly Hall dances the cha cha in a tiny blue dress.

So, for you enthusiasts…

Previous Article
Nick Perry is Starting to Get It!
Next Article
Is This Donald Driver Criticizing Aaron Rodgers?