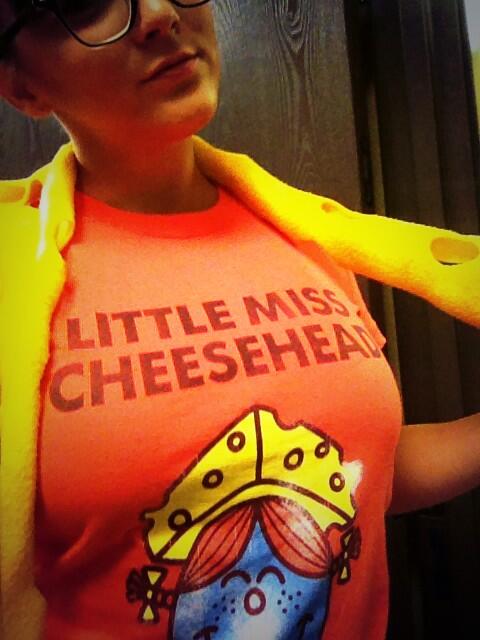 Charlie Laine is looking good these days. But when didn’t she look good?

Today, we were reminded that, in addition to being hot, she’s also a Green Bay Packers fan. She tweeted this tremendous photo earlier.

If you don’t know who Charlie Laine is, well, don’t Google her at work. Or do… but only if no one else is around. She’s originally from Marion, Wisconsin, which explains the card-carrying Packers fandom. That’s something we first became aware of back in 2011 and here’s how.

You know who else in her line of work is also a Packers fan? Ashlynn Brooke. Double awesome!

Charlie is excited about tonight’s preseason opener against the Arizona Cardinals. Are you excited?

It’s about time for some goddam Green Bay Packers football, isn’t it!? Even if it is only preseason!