by Monty McMahon
in Uncategorized
41 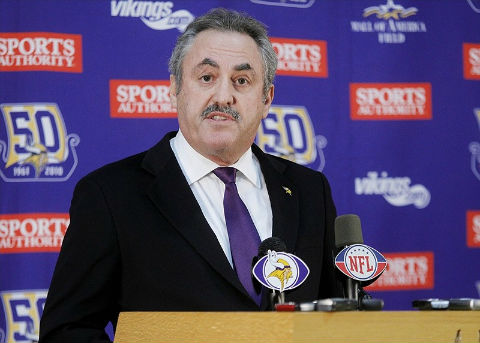 We all knew this day would come, didn’t we? The Minnesota Vikings have employed the most criminals in the NFL since 2000. It turns out the team’s owners are (probably*) criminals as well.

Zygi Wilf, the principal owner of the Vikings, is about to wind up on the losing end of a long-running civil suit that accused him of cheating business partners out of revenue from an apartment complex by cooking the books. During testimony, Wilf actually admitted he felt his former partners got too good of deal — one his uncle negotiated in the 1980s — and he reneged on the deal when construction on the apartments began.

The Wilfs’ business partners claimed family members systematically cheated them out of their fair share of revenues from Rachel Gardens, a 764-unit apartment complex in Montville, by running what amounted to “organized-crime-type activities” in their bookkeeping practices that gave the Wilfs a disproportionate share of the income.

[Judge Deanne] Wilson found that Zygmunt Wilf, along with his brother, Mark, and their cousin, Leonard, committed fraud, breach of contract and breach of fiduciary duty and also violated the state’s civil racketeering statute, or RICO.

The plaintiffs were seeking a total of $51 million in damages, but the judge hasn’t yet determined how much they’ll receive.

Unfortunately, the Wilfs won’t be going to white-collar prison. The statute of limitations has expired on criminal charges.

David Bakhtiari is Your Guy, Like it or Not

David Bakhtiari is Your Guy, Like it or Not