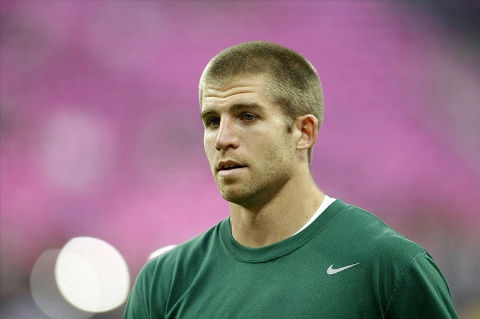 Green Bay Packers receiver Jordy Nelson had knee surgery two weeks ago. At the time, word was he’d miss the entire preseason, but be ready for the season opener.

Well, not so fast.

Nelson says he progressing slowly and while he maintains that his goal is to play against San Francisco, he’s not ready to make a guarantee.

“Our main goal is San Fran. And that’s just a goal. You never know what could happen. We’ll just continue to go day by day.”

Earlier in training camp, Nelson had an issue with his knee flare up. It’s something that had bothered him in college, but hadn’t been an issue during his NFL career.

“You want to avoid surgery as much as possible and that’s what we tried to do,” Nelson said. “I thought we had it taken care of and then we realized we didn’t.

“I wasn’t going to be able to be 100 percent. It was something I would have been able to play through if it would have happened in-season or something, but there was enough time that we kind of took the chance that if everything went smooth we could get in and out during training camp and hopefully have a healthy 16-game season.”

With the timing of the surgery, both Nelson and the Packers thought he’d be back by the season opener. That is, if rehab went according to plan.

But nothing goes according to plan in Green Bay with injuries, does it?

If Nelson remains out, the Packers would open with James Jones, Randall Cobb and Jarrett Boykin as their top three receivers. That is, assuming Cobb returns from his biceps injury by then.