Aaron Rodgers is You, USA 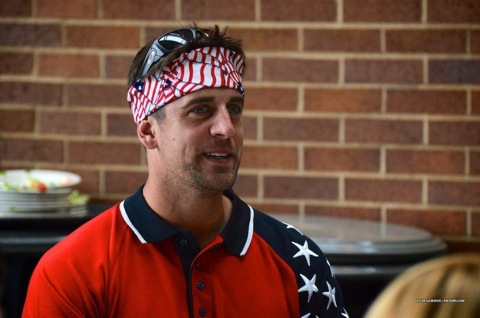 Patriotism. It’s what binds us all. Except for you Commie fucks like Itaron and E. Wolf, who clearly have a socialist agenda. That aside, Aaron Rodgers is a patriot.

A totally misguided patriot. Like, you know, the missal, which probably hits villages full of civilians from time to time and shit.

The Green Bay Packers quarterback is a goddam patriot! Know how I know?

Because he wore this fuckin’ patriotic getup to the annual Welcome Back Luncheon. Pay no mind to the fact that last year he wore a fuckin’ cowboy getup. He certainly ain’t trying to fuck with anybody.

This is just how Aaron Rodgers dresses when he’s off work! In the stars and stripes! Full time!

So why wouldn’t the $120 million man wear some other shit to the luncheon other than USA gear? Because he can’t afford it? Probably not.

Probably because he was fucking clowning you and knew he could get away with it.

But let’s be honest.

1. No one who was at that luncheon knows the difference. They’re happy to see Aaron Rodgers and they have no idea that he’s making fun of them.

2. Similarly, none of those people read this site — and some of them might not be able to read at all — so they’ll never know. They’ll just tell their grandkids, I met Aaron Rodgers, and he was a patriot.

Actually, we just mentioned both.

So, way to go again, my college roommate.

You did a fine job of clowning people who were unaware and also totally worship the shitty ground you walk on. But then again, go out and throw 50 touchdown passes and we’ll forget about it.

Short of that, grow the fuck up. 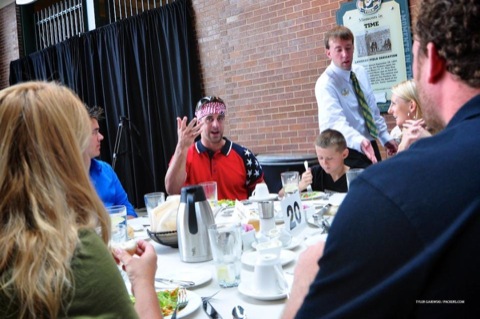 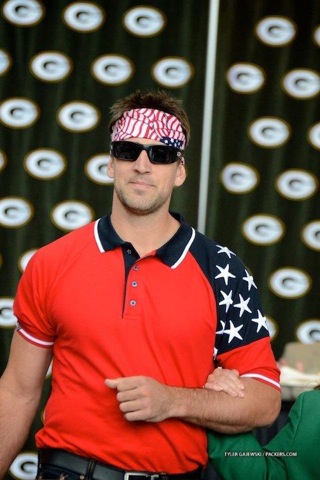 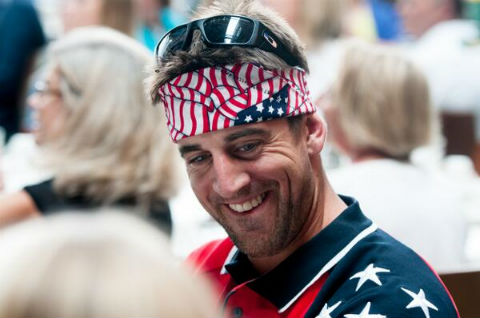