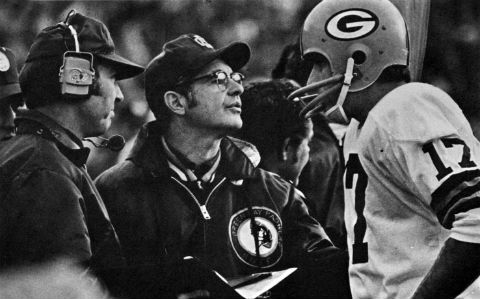 You’re going to see guys with lower winning percentages than Dan Devine higher up on this list. That’s because Dan Devine has to be the worst personnel man in the history of the NFL. In four seasons, Devine actually had one winning record — 10-4 in 1972. The Packers won the NFC Central that season and then got eliminated in the first round of the playoffs. Devine went 5-7-2 and 6-8 in his final two seasons before resigning to coach Notre Dame. However, before he left, Devine made the worst trade in the history of trades, giving up two first round picks, two second round picks, and a third round pick for 34-year old Rams quarterback John Hadl during the middle of the ’74 season. An over-the-hill Hadl chucked nine touchdowns and 29 interceptions in his disastrous season and a half in Green Bay. Fuck you, Dan Devine.