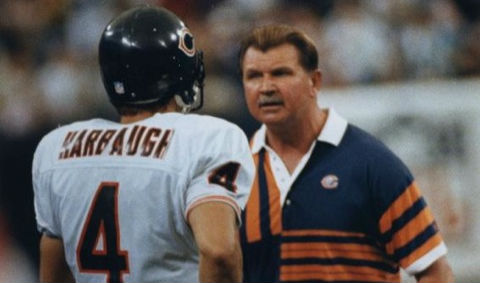 Even though he coached the Chicago Bears, it’s really hard to dislike Mike Ditka. He shoots straight.

Today, the Chicago Sun Times published an interview with Ditka and he stayed true to form. Ditka really, really likes Aaron Rodgers, which probably isn’t too popular of an opinion in Chicago.

When asked which quarterback he would most like to have played with, Ditka danced around the question, but eventually admitted that Rodgers would be the guy.

“The guy up in Green Bay [Aaron Rodgers], I think is the best in football. But that’s my opinion. I like what he does, and I like his leadership qualities. And I think that’s the other thing you have to look at. He has to be the guy in charge. And the team has to know it.”

Then Ditka was asked who he would like to have coached. Not surprisingly, Jim Harbaugh was not on the list. Rodgers was, however.

“How could I say that I wouldn’t want to coach [Johnny] Unitas or Bart Starr? There’s been so many great ones. But if I had to coach one guy in my career, maybe it’d be be Aaron Rodgers.”

Where’s Jay Cutler on that list? Or the Funky QB?