Greg Jennings: Becoming a Bigger Dick By the Day 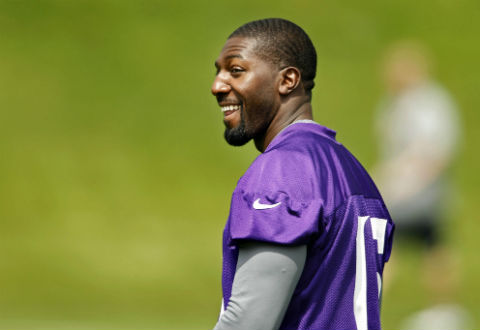 Now that he’s a member of the Minnesota Vikings, Greg Jennings seems to be doing his best Jermichael Finley impersonation. That is, diarrhea of the mouth at every possible opportunity.

So, what now Greg? You need some attention? Because you’re an insecure 17-year-old girl? Well, sure, I’ll give you some. Just continue your miraculous run of saying stupid shit.

Now Jennings is saying he left Green Bay because he was tired of how everyone bowed down to Aaron Rodgers. And certainly this has nothing to do with the fact the Packers’ offer to him was several million dollars less than the Vikings’. Because Greg Jennings is not selfish. Oh, wait, yes he is.

Here’s the important passage from the Star Tribune’s profile of Jennings.

If Jennings hadn’t tired of Rod­gers specifically, he certainly had his fill of the environment in Green Bay, wondering if the ubiquitous Rodgers lovefest had created a narrative that de-emphasized the strength of the group.

Throughout this offseason, Jennings has subtly jabbed Rodgers, rarely calling him by name and referring to him instead as “12” or “the guy they have now.”

“A lot of times when you have a guy who creates that spotlight for himself and establishes that and takes a lot of that, it becomes so-and-so and the team,” he said. “It should always be the team.”

Asked in a later conversation to clarify those sentiments, Jennings expanded.

Jennings paused and looked around.

And you have a shit ton of them, Greg.

Last week, Greg was out there telling us how unselfish he is, even though he was previously out there saying the Packers’ contract offer wasn’t good enough. He also said he’s happy for the receivers in Green Bay who’ve passed him by and wants them to get more balls, even though he previously said he left because he wasn’t getting enough balls.

Oh, he also tried to explain how the great quarterback play in Green Bay over the past 20 years was because of the receivers Rodgers and Brett Favre were surrounded by.

Those guys would have been nothing without Greg Jennings!

Oh, wait, Rodgers played just fine last season while Jennings was on the shelf nursing his bruised vagina… I mean ego… I mean… whatever.

Let’s give Jennings credit, though. He’s obviously great at one thing — making any fans he might of had left in Green Bay completely disappear.

The Greg Jennings homecoming game is Nov. 24. Mark your calendars.