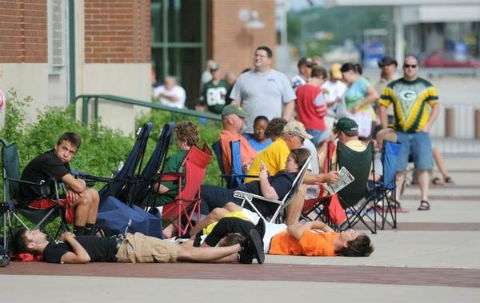 Forbes has released the annual list of the most valuable sports teams and the Green Bay Packers are No. 18 on that list.

The top three franchises on the list are soccer clubs — Real Madrid, Manchester United and Barcelona. Then the usual suspects — the New York Yankees and Dallas Cowboys — check in. The other football franchises ahead of the Packers are the Patriots, Redskins, Giants, Texans, Jets, Eagles, Bears and 49ers.

So, what does this mean? Well, Packers president Mark Murphy has done a real good job of sucking every last dollar out of the team’s fans.

While the Packers have very reasonable ticket prices when compared to other NFL franchises, they did just add those 6,700 new seats. People had to pay seat licenses for those in addition to season ticket fees. Then there was that stock sale brought in $67 million.

And obviously, the team is saving money on paper and printing costs.

So, way to go Murph!