Frank Winters is No Student of NFL History 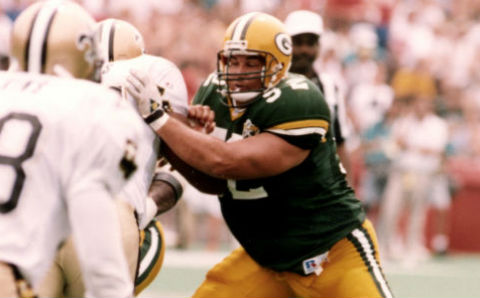 Frank Winters must have gotten hit in the head one too many times. The former Green Bay Packers center says Brett Favre is one of the five best players of all time.

“In my opinion, he was probably one of the top five players to ever play the game. He was a special person, special individual, and hopefully they can get this thing worked out here in the upcoming months and get him back to Green Bay where he deserves to go into the Hall of Fame and to the NFL Hall of Fame,” Winters told the Marshview Conservation Club’s annual dinner banquet, on Tuesday.

Now, let’s analyze the shit out of this because why the hell not?

No. 1, Brett Favre is not even the best player in Green Bay Packers history. Don Hutson — far and away.

No. 2, I would make the argument that Favre is not even the best quarterback in Packers history. Bart Starr and his five championships get that nod, although there’s probably a more lively debate to be had there.

Then there are the old timers who like to back Johnny Unitas as the best quarterback ever. I never saw him play, but I do know he chucked a ton of interceptions, so I’m sticking with Montana.

Of course, you’d have to completely ignore any other position to achieve that. You know, get rid of running backs like Jim Brown and Barry Sanders. Forget about anyone on defense, like, say, Reggie White.

So, yeah, in other words, Frank Winters made a totally moronic statement. But that’s probably to be expected. Winters spent 10 seasons snapping the ball to Favre and the two were pretty much inseparable off the field.

Besides, the guy’s nickname is Old Bag of Donuts. It’s not The Professor.