D.J. Williams is Now a DJ Because of Course He Is 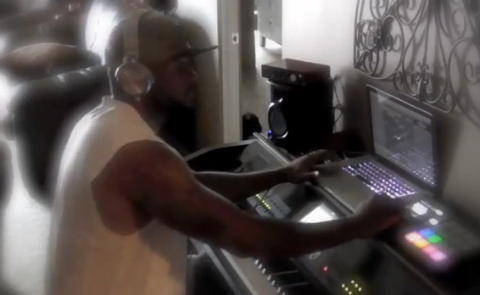 Little used Green Bay Packers tight end D.J. Williams is now another kind of DJ — the kind that plays music and makes mixes and so forth.

All it takes to be a DJ today are a set of fingers so you can push some buttons.

Williams announced the presence of this video, his new hobby and first mix on Twitter on Wednesday. Is it good? Yeah, actually, I think it’s pretty dope. If you like your music rednecky, don’t bother though.

What other highlights do we get in this video? Well, there’s the super-awesome part where DJ D.J. throws on a pair of sunglasses even though he’s sitting indoors at a keyboard.

Then there’s the part where the shot changes from one side to the other. Was this a two-camera shoot or did they just flip the shot? I really can’t figure out what’s going on there and there’s a good chance that’s because I’m hungover as a motherfucker right now.

Anyway, let’s bro it up!

UCLA is Making a Movie About Johnathan Franklin

And Here Are a Bunch of Cheerleaders…

And Here Are a Bunch of Cheerleaders...