As You Might Expect, People Still Aren’t Happy With Lance Easley 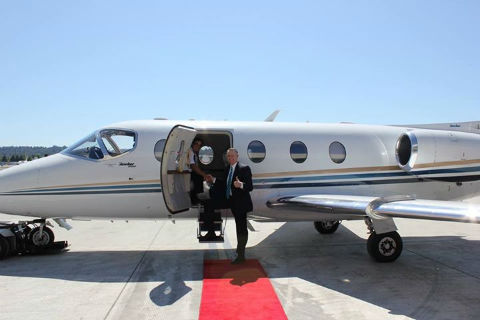 We’d be among those, but you already knew that. So, of course Lance Easley is out there trying to promote his book (which we just learned this morning). Said book is based on how he managed to fuck up the end of the Green Bay Packers game with the Seattle Seahawks.

So in addition to posing for pictures with a bunch of guys on the Seahawks at Richard Sherman’s charity softball game over the weekend, Easley is also using Facebook and Twitter to promote this stupid book.

If you go to his Facebook page, you’ll see this prick got picked up in a limo and took a private jet to Sherman’s game. You’ll also see people leaving some not-so-nice comments. 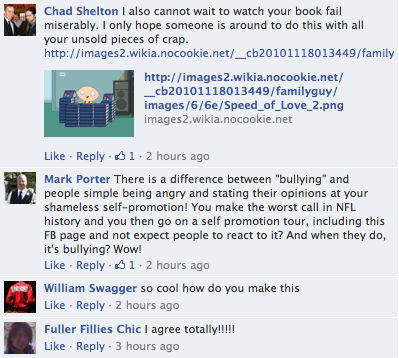 So other than posting pictures of private jets and shit, Easley also posts a bunch of faith-based motivational crap. And then that crap automatically gets reposted on his Twitter page.

The general consensus seems to be this — if you’re such a good Christian, then what are you doing taking part in such blatant self-promotion?

Feel free to go to Easley’s Facebook page and ask him any questions you might see fit.