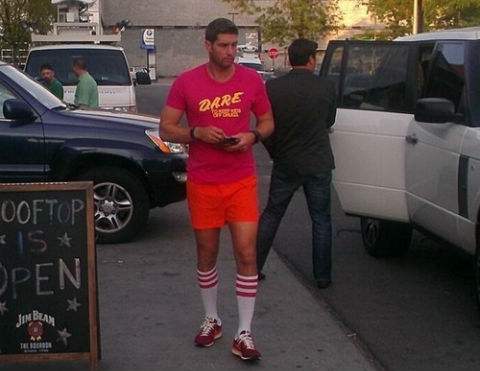 Were any of you there? It was open to the public.

The last time 1980s Jay Cutler showed up, he was wearing a cock rock getup, complete with big hair and a cigarette in his mouth. This version of ’80s Cutler is much sportier. More neon, even.

He’s saying “I like to go for a jog in the park, but I’m also committed to keeping kids off drugs. Now let’s party!”

The party was held to benefit Cutler’s foundation. 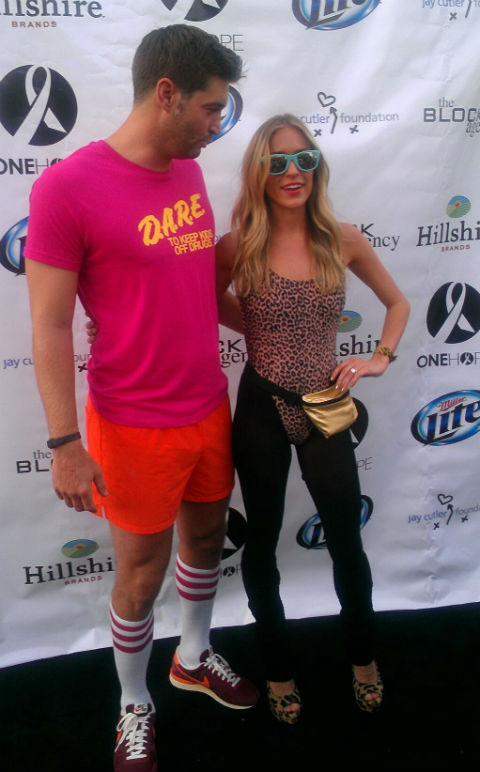 Previous Article
Here’s What Those New Seats in Lambeau Field Look Like [Video]
Next Article
A.J. Hawk Has a Message for Greg Jennings