The Chicago Bears Gave Up on the Porta Potty Dude 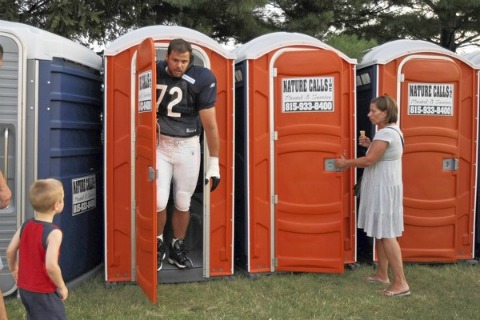 We ran a photo caption contest and the winner was this.

“Jay was right. That was the greatest glory hole ever!”

Anyway, the Bears drafted Carimi in the first round in 2011. Although he’s Wisconsin born and raised, Carimi was quick to denounce the Green Bay Packers after he was drafted. We were quick to denounce him. And so were the Bears, it turned out.

Carimi pretty much sucked balls, like all Chicago offensive linemen, got benched in 2012 and was just traded to the Tampa Bay Buccaneers for a sixth-round draft pick.

Carimi was the last first-round pick of former Bears GM Jerry Angelo on the roster.

Carimi still has a chance to do something with his career, but next to Matt Millen, Angelo has to be the worst general manager in NFC North history. Yes, I am excluding the NFC Central because then the title of worst GM would go to Dan Devine. John Hadl… nice move.

Anyway, further example of the Bears suckitude. That AIDS patient from the CFL will totally turn things around, though… 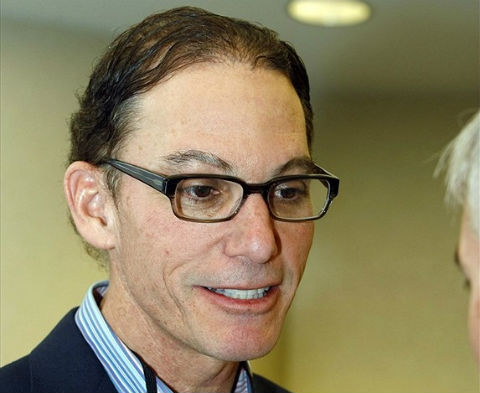