Mike Wallace Turned Down Way More From the Vikings 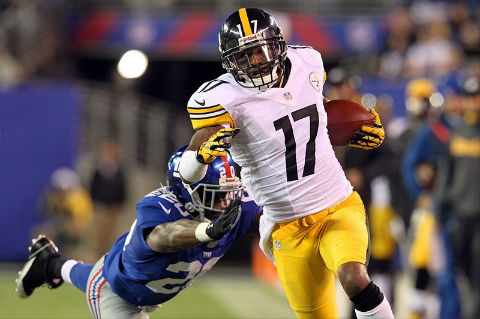 Ah, the Minnesota Vikings — the most pathetic franchise in all of sports. How pathetic? We know they tried to lure free-agent receiver Mike Wallace and failed. He signed with the Miami Dolphins.

What we didn’t know is the Vikings offered Wallace a whopping $16 million more than the Dolphins and Wallace said no thanks.

Wallace’s deal with Miami will pay him $60 million. The Vikings offered $76 million. What did Wallace have to say?

“I just wanted to be happy. Money isn’t everything.”

Oh, so you wouldn’t have been happy playing for that joke of a franchise? We don’t blame you.

“The money is not all I’m in it for. I want to be a great player — win Super Bowls, go to Pro Bowls continuously.”

Sure as hell ain’t gonna win any Super Bowls in Minnesota, so good move.

That Donald Driver Statue is Done