Fred Smoot Shed Some More Light on the Love Boat 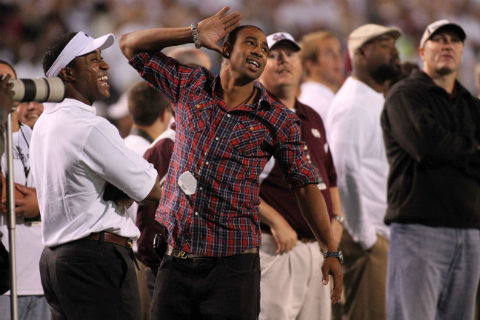 Former Minnesota Vikings cornerback Fred Smoot did an interview on Reddit earlier this week and since he’s more famous for getting arrested as part of the team’s Love Boat excursion than actually playing football, he was asked about said party.

“Man, everybody asks me something about that damn boat, and u know what the crazy thing is? that party was so overrated! story completely blown out of proportion! I don’t know if I would say it was worth it but I wouldn’t change anything in my past.”

So then it must have been worth it, huh?

Then this exchange happened.

NotaRageComic:I heard Bryant McKinnie picked a girl up, put her on the bar and ate her out on the bar and that’s overrated?!? You throw some crazy parties.
FredSmoot21: we call that runnin through the okra patch!

Runnin’ through the okra patch…

Also, how’s that image of fat-ass Bryant McKinnie eating out a hooker on a bar working for you?