Even the NFL Network Hates the Minnesota Vikings 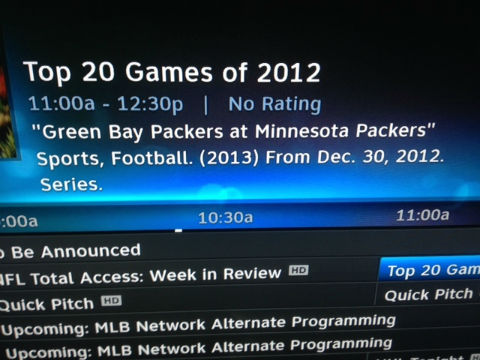 So our guy Russ is looking for something to watch on the NFL Network on Sunday and what does he find? Why, a replay of the December game between the Green Bay Packers and the Minnesota Packers.

If you’re not familiar with the Minnesota Packers, they’re that team from Minneapolis that wishes they were the Green Bay Packers. They’re known as the Minnesota Vikings in some circles.

In others, they’re known as Who Gives A Fuck?

Now, we’re pretty sure the NFL Network doesn’t supply these descriptions for your local cable provider. Someone in the national office of said cable provider probably writes these. Some intern who may or may not have a job today.

The real questions is, honest mistake or deliberate prank?

Previous Article
Sam Shields Has Signed His Tender
Next Article
Packers Will Gamble with B.J. Raji