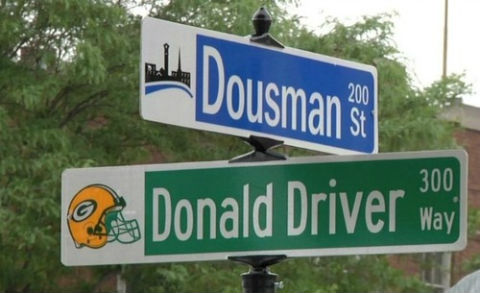 From the looks of it, quite a few fans turned out for the event, which shouldn’t come as much of a surprise. The Packers gave away tickets to Driver’s retirement press conference back in February and those were gone in under 20 minutes.

People in Green Bay love them some Donald Driver. That will happen when you gracefully slide into retirement when the Packers are finished with you instead of playing elsewhere. At the event, Driver said he’s had offers from other teams, but has declined all such overtures. He also said he’d only play for the Packers.

So if two or three receivers get injured during the season, maybe the Packers will drag Driver out of retirement.

If anyone out there has any photos or anecdotes from the event, let us know. 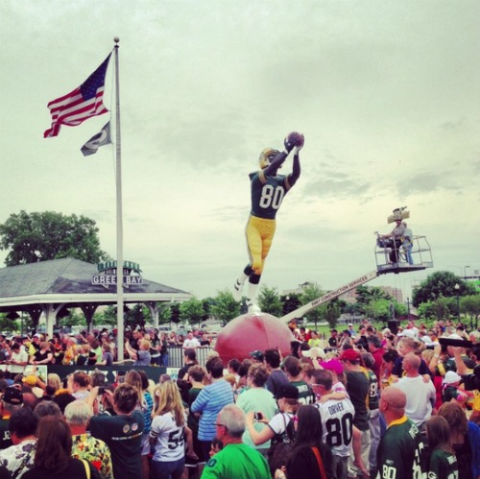 Previous Article
Aaron Rodgers Breaking Brett Favre’s Records is Preposterous
Next Article
Alex Green is Packers No. 1 Back For Now