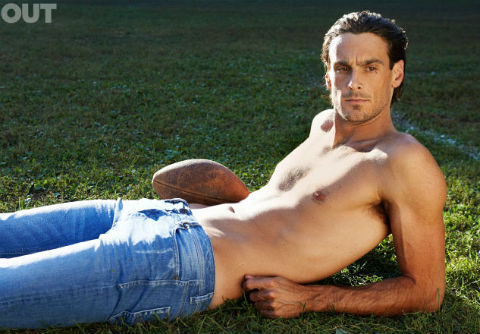 If you weren’t paying close attention to the NFL Draft on Saturday, then you surely were making better use of your time, but you also missed one of the most hilarious moments in the draft.

In the fifth round, right before the Green Bay Packers selected Micah Hyde, the Minnesota Vikings drafted a punter from UCLA — Jeff Locke.

As notable as it is any time a team commits the folly of drafting a punter in the fifth round, it is doubly astonishing in this instance because the Vikings already have one of the best punters in the league in Chris Kluwe. In fact, if you doubt that at all, just ask Kluwe, who responded to the pick by declaring himself the best punter in Vikings’ history, as illustrious as that list is.

Now, unless you’re in Jacksonville, a GM doesn’t draft a punter in the fifth round to cut him, and Locke was the top-rated punter in the draft. In other words, Kluwe’s days in purple appear to be numbered.

The hilarious part of this is the reason why. Kluwe is probably better known as a social activist than as a punter, being especially passionate about same-sex marriage, though that’s not all. The Vikings, apparently, would prefer Kluwe took his activism and his Twitter account elsewhere.

True, this is sort of odd in a state that elected Al Franken to Congress, not to mention once having a pro wrestler for a governor. One would think, considering the environment, that Kluwe could post cross-dressing photos on Twitter and that would just be par for the course in the Twin Cities.

That being said, I still find the entire situation hilarious. As much as Kluwe has the right to express his mind, he especially draws my ire for two reasons not related to his views. For one, he’s a Viking. For another, he’s a punter and a punter is not a football player. A punter has one job — kick a football and then shut the hell up. No one cares one rat’s ass about what the punter has to say.

To prove that I am not alone on rejecting punters as football players, I have two words for Kluwe — Ray ‘effin Guy. When the NFL Hall of Fame decides a punter is worth its time, MAYBE I’ll decide one is worth mine. I doubt it though.

Kluwe can cheer up though. There’s always Buffalo… or barber college.