NFL Draft is On the Move 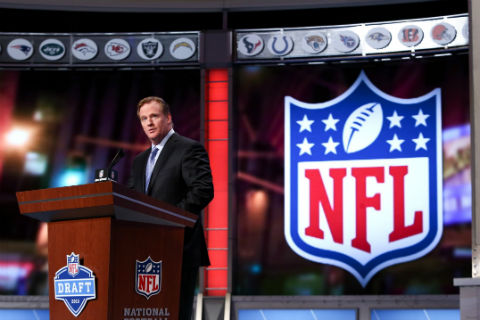 May sucks from a football perspective. Training camp is still months away, the NFL Draft is over and all the decent free agents are gone. Well, the NFL and NFLPA are going to change that.

The league is going to move the NFL Draft to May. So now you’ll have something to do in May. You’ll also have nothing to do in April anymore, since that’s when the draft is usually held.

But, free agency, you say? Probably nothing happening in April. The NFL is also planning to start the league year before the combine, so that means free agents will be able to start signing contracts in February. The league year didn’t begin until March 12 this year.

By the time April rolls around there will only be guys like Terrell Owens still trying to convince some team that he really has some gas left in the tank.

The dates for the draft are expected to be changed for 2014. Changing when the league year starts won’t happen until 2015, though.

What do you think? Personally, I think the NFL should start commiserating with the NCAA and start the college football season immediately after the NFL season ends, so then we pretty much have football year round.

Also, this means an extra month of mock drafts by idiots who have no idea what they’re talking about.