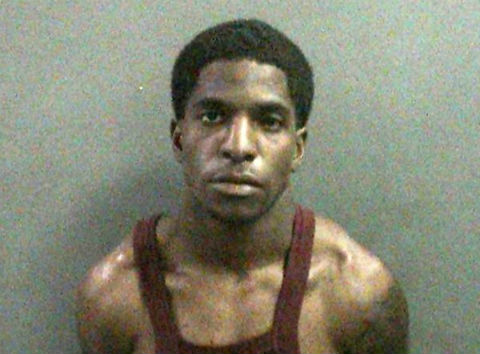 Can a week go by without former Detroit Lions receiver Titus Young getting arrested? Apparently not.

Young was arrested again over the weekend, his third such transaction in a week’s time. This time, Young was arrested in San Clemente, Calif. for burglary. He also managed to pull the trifecta by resisting arrest and assaulting a police officer.

According to Lt. Joe Balicki, the incident unfolded around 11:30 p.m. on Friday night when a homeowner contacted authorities alleging someone was inside her home. When sheriff’s officers arrived, they found Young outside the home, Balicki said. According to Balicki, Young ran away from officers. After a “brief” pursuit on foot, there was a “physical altercation,” Balicki said, with Young alleged to have fought officers before being taken into custody.

Young was arrested the previous weekend for DUI and then trying to steal his impounded car back because, well, he’s brilliant!

Seriously, though, this guy has to be schizophrenic. I mean, no one is just that stupid, are they? Although that is a super sweet tank top he’s wearing there. Where do I get one of those?