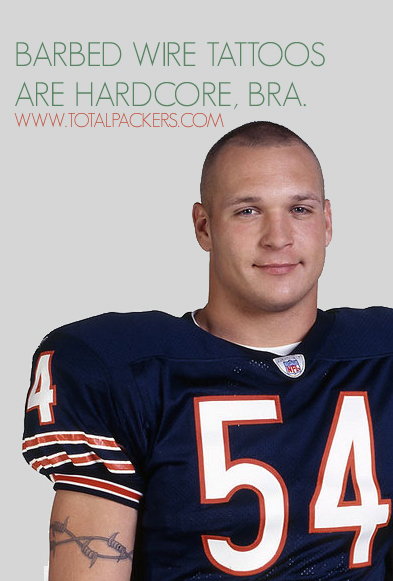 The Chicago Bears did not want Brolacher back this season. They offered him a one-year contract worth $2 million and Brolacher considered that an insult. He decided to test free agency and much like Charles Woodson, didn’t find many takers.

That’s not to say Brolacher wouldn’t have found a team eventually, but he was apparently tired of waiting around. Much like Jermichael Finley pointed out last season, Urlacher had become old and slow. That appears to be something Urlacher realized in the past few weeks.

“After spending a lot of time this spring thinking about my NFL future, I have made a decision to retire,” Urlacher wrote. “Although I could continue playing, I’m not sure I would bring a level of performance or passion that’s up to my standards. When considering this, along with the fact that I could retire after a 13-year career wearing only one jersey for such a storied franchise, my decision became pretty clear. I want to thank all of the people in my life that have helped me along the way. I will miss my teammates, my coaches and the great Bears fans. I’m proud to say that I gave all of you everything I had every time I took the field. I will miss this great game, but I leave it with no regrets.”

What we regret is that there will be no NFL player with a barbed wire arm tattoo this season. Where are we supposed to find inspiration to rock and roll while watching football?

We’ll just have to blast Mötley Crüe whilst enjoying the games on Sunday, I suppose. Because at least Vince Neil is still relevant.