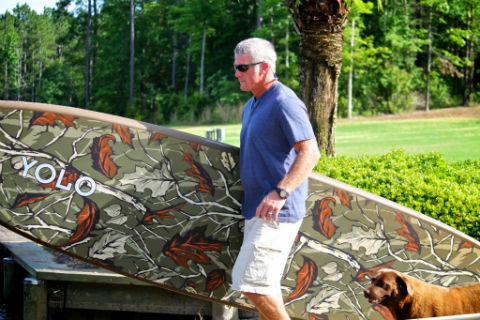 Brett Favre is just popping up everywhere these days. When he isn’t trying to make Green Bay Packers fans forget he played for some other joke of an NFC North team, he’s endorsing shit.

That latest endorsement is the YOLO board, which is a standup paddle board… which is basically a giant surf board with a big oar. Although it looks like there are YOLO boards that you can take into the ocean, the Brett Favre board is not one of them. Because that wouldn’t be very Brett Favre. Brett only likes rivers and lakes because they’re more country.

Also, it’s camo, but we’re not sure why. Maybe you can take your shotgun, paddle on over to some brushy area in the river and hunt some ducks. Carrying a shotgun on a paddle board seems like a good idea, no? What could go wrong?

Actually, the board Favre has is a fishing board. That’s totally better than a boat because, well… no it’s not. We like to sit when we fish. But at least it’s camo so the fish won’t be able to see you sitting there on the water… or something. And it will only run you a little over $1,000.

Brett Favre recently hopped on his new YOLO Board with his dog, for their first adventure on a paddleboard.  We are so excited to have this Superbowl MVP join our growing YOLO Board Celebrity family. 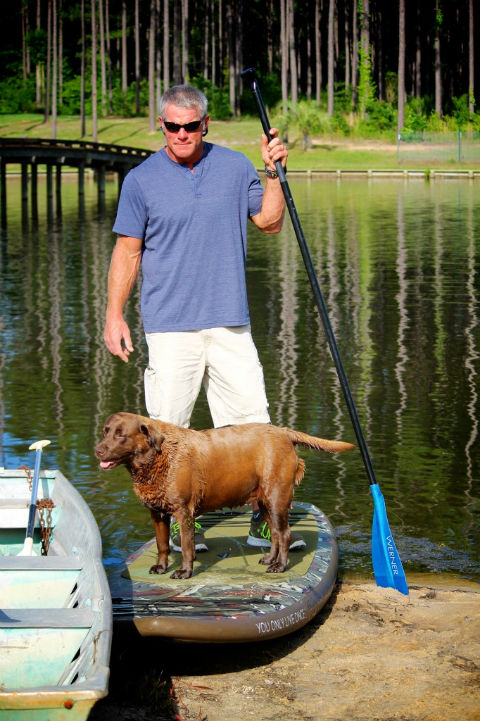 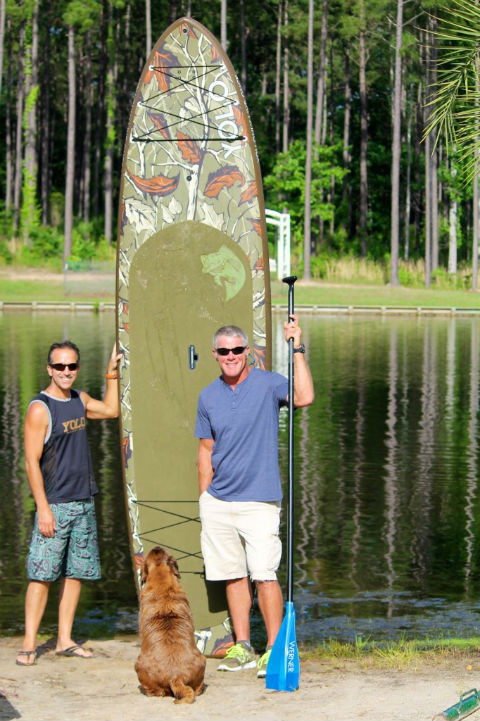