Brett Favre is Paying for Being a Dirtball 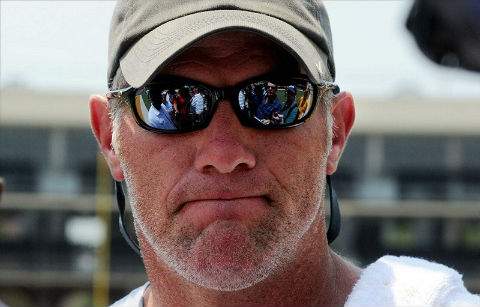 Before Brett Favre decided to get all chummy with the Green Bay Packers again, he was largely known as a dirtbag who liked to send pictures of his dick via text. In one way or another, Favre is now paying for that.

He’s not paying Jenn Sterger, who he sent those dick pics to, but he is paying a couple of massage therapists who used to work for the New York Jets. Favre settled a lawsuit filed by Christina Scavo and Shannon O’Toole this week. Terms weren’t disclosed, but you can bet they’re getting paid.

Favre allegedly sent sexual texts to another therapist when he was with the Jets in 2008. Then these two women complained and claim they lost their jobs because of it.

Whether that’s what really happened or this was just some ploy to pry some money away from a skeezy old man, we’ll never know. You can be sure Favre’s lawyers didn’t want this going to trial because of the dick pics, regardless of whether it was true or now. The settlement makes it just go away.

“Here, here’s some cash, now shut the fuck up and piss off!”