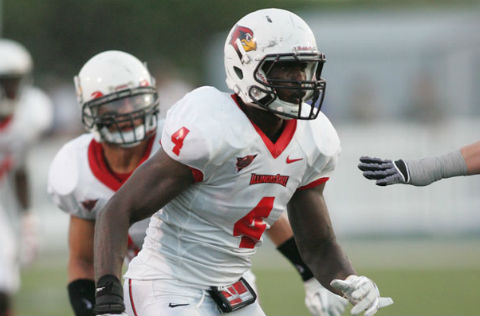 The Green Bay Packers drafted Illinois State linebacker Nate Palmer in the sixth round. It was a pretty non-descript selection until you consider Palmer was a life-long Chicago Bears fan and so is pretty much everyone he knows.

I say was because he obviously wised up. That will happen when your paycheck has a Packers logo on it.

“I’ve always been a Bears fan,” Palmer said. “Times have changed. Right now, you can’t be a fan anymore. The fan in you has to go away for this process.”

Of course, Palmer still lives and works in Illinois — unfortunately for him — and Bears fans don’t think too much of him anymore. So this shouldn’t surprise you. This was waiting for Palmer one day when he returned to his desk at his internship. 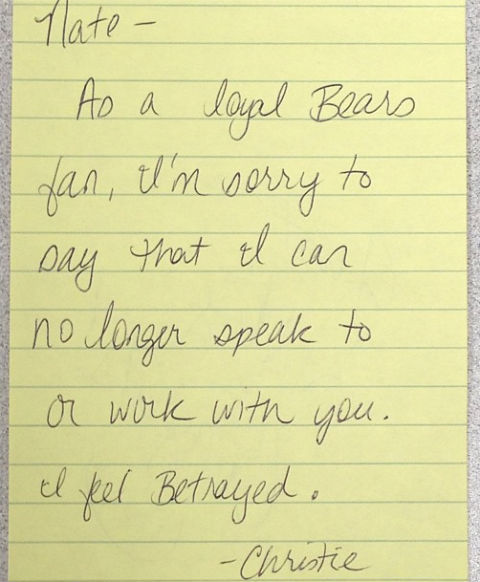 Well good, Christie. You won’t have to. While you’re stuck at your dead-end job, Nate will be playing in the NFL with the archetype of NFL franchises.

You can wave at him while the Packers are beating the shit out of the Bears twice a year.

Previous Article
Titus Young: Still Winning at Life
Next Article
The Detroit Lions are Going to the Super Bowl, Everyone!