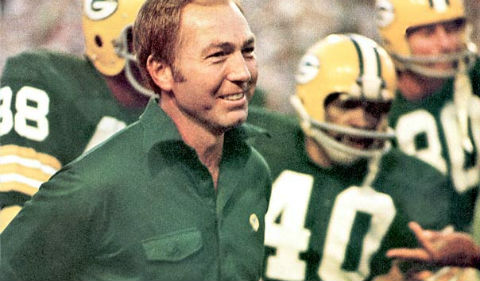 Bart Starr is one of the greatest players in Green Bay Packers history, but that didn’t exactly translate to coaching. If you watched the Packers of the late ’70s or early ’80s, you know what we’re talking about.

Starr took over for the debacle that was Dan Devine in 1975. He lasted until 1983, posting a 52-76-3 record and one playoff appearance. Now, Starr admits his decision to coach the Packers was a mistake.

“The greatest mistake I made in my life was to coach,” Starr said last week.

“It’s a great lesson that could apply to any of us. Because I didn’t plan to, I hadn’t prepared to. And I didn’t have the guts to say to the Green Bay Packers, ‘Thank you, but no thank you. I’m not going to do it.’ I wasn’t prepared, and it showed over the first few years. I felt very, very badly about that.”

Starr had only one season of NFL coaching experience when the Packers hired him — as the team’s quarterbacks coach in 1972 (under Devine), one year after his retirement. That year proved to be Devine’s only successful season in Green Bay. The team finished 10-4 and won the NFC North.

Ironically, that would be their last playoff appearance until Starr took them there in the strike-shortened 1982 season.

You could surmise that the organization attributed Devine’s success in ’72 to Starr and that’s why they hired him as head coach in 1975. That may be partially true, but the organization was also trying to recapture the glory of the Vince Lombardi era and as Lombardi’s play caller, Starr was not only a link to that, but the guy who ran his offense.

As Keith Dunnavant’s biography on Starr tells it, the former quarterback knew he wasn’t qualified to coach when the Packers called, but he was too loyal to turn them down. Basically, the Packers were in shit and Starr felt he had to rescue them.

America’s Quarterback: Bart Starr and the Rise of the National Football League

What a lot of people don’t recall is coaches also served as general mangers in that day and Starr got dealt a crap hand to begin with. In 1974, Devine — in probably the most asinine trade in Packers, maybe NFL history — gave up five draft picks for 34-year-old quarterback John Hadl.

Keep in mind that Hadl went 6-for-16 and got benched in a game versus Green Bay 10 days before the trade.

Here’s what’s worse, though. Those picks were the Packers’ first, second and third in 1975 and first and second in 1976. Five picks in the first three rounds for one guy… who sucked. The Packers ended up recouping some of those picks, but Starr had to start his coaching career with a past-his-prime Hadl, who, in 1975 threw six touchdowns and 21 interceptions.

That would be his final season with the Packers. Starr got a little more time, but in the age before free agency, ended up doomed by poor drafting.

Starr didn’t hit on anyone of note until 1977, when he picked Mike Butler, Ezra Johnson and Greg Koch in the first two rounds. In 1978, he landed James Lofton and John Anderson in the first and Mike Douglass in the fifth. That was about it for hits though, unless you like Mark Lee (2nd round, 1980) or Ron Hallstrom (first, 1982).

In hindsight, Starr probably would have been a great offensive coordinator and maybe worked his way up to head coach. The Packers offense — even without a running game — was awesome in the early ’80s. Unfortunately, the defense was always atrocious.

“I think we can all learn lessons from others if we listen closely to why they did or didn’t do something,” Starr said. “That would be the biggest error of my life.”

In other words, never let loyalty overrule common sense. Starr wasn’t ready to be a head coach, much less a coach and general manager, and he knew it. Candidates certainly weren’t lining up to coach the Packers in 1975 after Devine so royally screwed up the operation, though.

He’d never say it, but we will. In a certain sense, Bart got put in a position to fail by the clowns running the organization at that time.