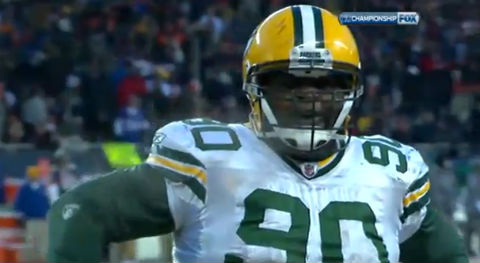 I don’t know about you, but we all kind of forgot that nose tackle B.J. Raji needs a new contract. That was pretty easy to do after the Green Bay Packers signed Aaron Rodgers and Clay Matthews to massive long-term deals.

Like Matthews, this will be Raji’s final season under his rookie contract and the Packers presumably want to lock him up. Raji says he absolutely wants to stay in Green Bay.

“Green Bay gave me my first opportunity, my first shot at this thing,” Raji said. “Obviously I’ve had a great run here. I love the people here. It’s a great organization, it’s a great city for football. I wouldn’t want to be anywhere else.”

Like the Packers, Raji doesn’t appear too concerned about his contract, though.

“I’m just going to continue to do what I’ve been doing,” Raji said. “Obviously, there are some areas I can improve. But ultimately it’s just being the guy I’ve always been. I’m confident everything will take care of itself.”

Raji’s best season came in 2010, when he had 39 tackles and 6.5 sacks. Raji has just three sacks since then and didn’t register a single one in 2012. Some people attribute that lack of production to his snap count, which has been much higher than any other defensive lineman in recent seasons. Raji is valuable because he takes on a lot of double teams, but the fact remains that the production hasn’t been there.

It’s possible the Packers could wait until after the season to give Raji a new contract. If the production returns, Raji will command a lot more then than he will now.