The Closet Pooper Had His Identity Stolen 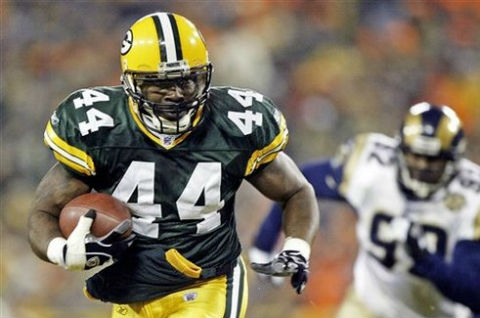 Former Green Bay Packers (and Steelers and Colts) running back Najeh Davenport, known around these parts as The Closet Pooper, was thought to have been arrested today in Miami. However, it turns out some dude stole Pooper’s ID and his ride.

Damian Coleman was arrested outside a hospital and gave the popo Pooper’s name, birthdate and ID. So then the media reported that Pooper was arrested. Pooper saw those reports and called in to a local TV station and said something like this.

“Yo, man! This is The Closet Pooper! Somebody stole Pooper’s ride! And Pooper’s ID! Pooper didn’t commit no crime! Pooper learned his lesson!”

And then he called the cops after someone at the local TV station suggested, “Hey, the cops are the ones who think they have you locked up in a cell. Maybe you should tell them instead of telling us.”

So it all has a happy ending, except for Coleman.

More importantly, this gives us an opportunity to tell you why Najeh Davenport is known as The Closet Pooper.

BECA– — USE HE ONCE SHIT IN SOMEONE’S CLOSET!

I am not shitting you, as it were.

When Davenport was in his final year at Miami, he was accused of sneaking into a female’s dorm at neighboring Barry University late at night and taking a dump in a clothes hamper in her closet. Davenport was still drafted by the Packers in the fourth round of the 2002 draft and he agreed to do community service to settle the charge that October.

Seems like the kind of guy the Minnesota Vikings would draft, right?

Good for him that he wasn’t the one getting arrested again, though.

Previous Article
Packers 2013 NFL Draft Prep: First Round Probables
Next Article
Does This Guy Look Like a Packers Scout?