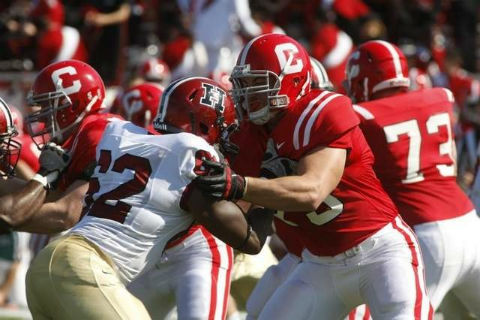 Despite playing in the Ivy League, Tretter was actually named a second-team All American in 2012. Again, this is another developmental prospect for the Packers. However, he’s one with athleticism.

Tretter (6-4, 309) was a quarterback and star basketball player in high school. He started his career at Cornell as a tight end. So, obviously he’s added quite a bit of mass to his frame.

Tretter is another guy who’s been described as nasty. See a pattern here? He’s quick and smart, which you probably gathered by his choice of college.

The knock on Tretter is he didn’t play against top competition. He also still has room to get stronger.