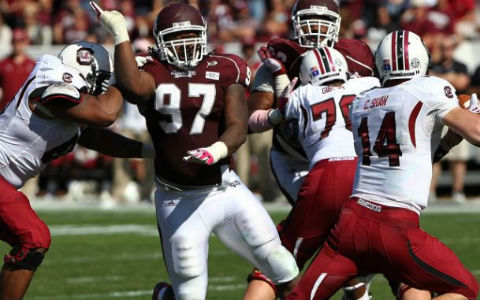 Boyd is a big body, but he isn’t a pass rusher. Good motor, tough and quick. He also sometimes dropped into space in college, which is probably one of the reasons the Packers liked him.

The downside is Boyd never really lived up to his potential. He was a top high school recruit. He actually chose MSU over Alabama, LSU, Miami, Florida State and a bunch of other colleges. At Mississippi State he was known for playing down to his competition and not finishing plays. This is a guy who will make a move and if it doesn’t work, quit.

On the bright side, the Packers wanted to improve their defensive line and they’ve got another guy to throw into the competition.

Here are some highlights.