Pat Summerall Died, So Here’s Him in an Iconic Packers Moment 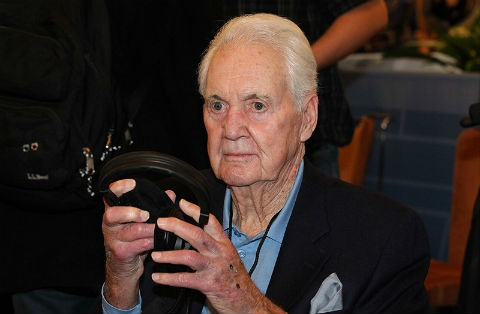 Legendary broadcaster Pat Summerall died at the age of 82 on Tuesday. For most of us, Summerall was one half (the non-annoying and idiotic half) of the broadcast tandem that included John Madden.

Summerall also played for the Chicago Cardinals and New York Giants in the 1950s, when he was a kicker. His last professional game as a player was actually at Lambeau Field — the 1961 NFL Championship, in which the Green Bay Packers whitewashed the Giants 37-0.

Summerall, who started his broadcasting career in 1962, called 16 Super Bowls, including Super Bowl XXXI. As you probably know, that’s the game where Desmond Howard and the Packers handled the New England Patriots.

Of course, we went out looking for a legendary call featuring Summerall and the Packers. Unfortunately, his most famous call in a Packers game might be, “Young to Owens. Owens made the catch.” That happened with three seconds left in a 1998 NFC Wild Card game and you sure as hell don’t want to relive that.

So, instead, here’s the Super Bowl XXXI opening.