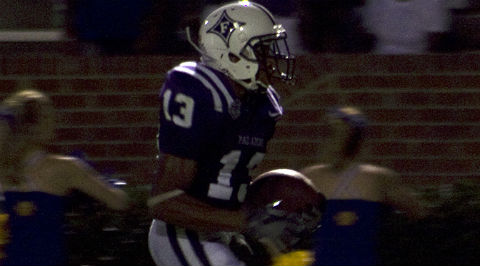 Who the hell is Sederrick Cunningham? He’s a guy who played at Furman and was out of football in 2012 after not getting drafted or signed by any NFL team.

A better question is this. Why the hell would the Packers sign him?

It’s certainly not because of his potential as a receiver. Cunningham caught just 95 passes for 1,196 yards and seven touchdowns in his four-year college career. That includes just 17 passes for 340 yards his senior season. His senior season at Furman, which is not exactly Alabama.

If anything, the Packers will look at Cunningham as a returner. He can run a 4.4 40 and averaged 26.7 yards per kickoff return during his senior year.

The Packers are planning to remove Randall Cobb from returns and while his late-season replacement, Jeremy Ross, was impressive at times, he also muffed a punt in the Packers’ playoff loss to San Francisco. So, consider Cunningham competition to push Ross.

Here is possibly every one of Cunningham’s college highlights. Don’t try to adjust your sound. It has none.