Packers Have a New Tight End 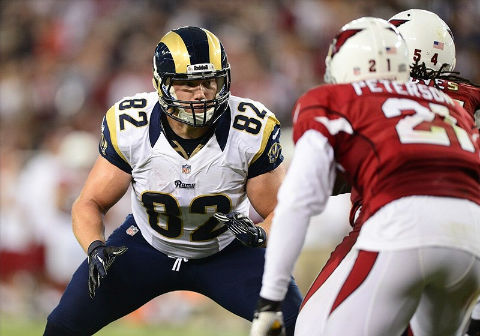 The Green Bay Packers have gone and signed themselves a new tight end. The team signed free agent Matthew Mulligan to a one-year contract over the weekend.

Mulligan is a four-year vet who played for St. Louis last season and spent his first three years with the Jets. He doesn’t bring much to the passing game, but is considered a good blocker. The Packers need someone in that role after letting Tom Crabtree sign with Tampa Bay.

Mulligan, who played his college ball at Maine, had nine starts each of the last two seasons and played in all 16 games both years. He had eight receptions for 84 yards and a touchdown in 2012 and five for 58 in 2011.

Mulligan will join Jermichael Finley, Andrew Quarless, D.J. Williams and Ryan Taylor at the tight position in Green Bay. As you well know, you can never have enough tight ends.