Frank Zombo is No More 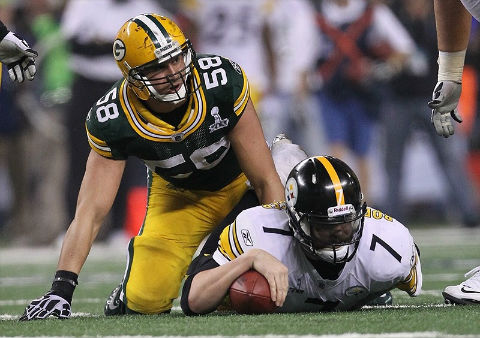 At least as a member of the Green Bay Packers. Linebacker Frank Zombo signed with the Kansas City Chiefs on Wednesday.

The Packers essentially told half man/half zombie to get the hell out of town when they didn’t tender him a contract as a restricted free agent. That gave Zombo the opportunity to sign with another team and he chose Green Bay West. That’s not a high school, that’s what the Chiefs are becoming under general manager John Dorsey, Ted Thompson‘s latest minion to take over his own team.

Yes, Dorsey was on hand when the Packers signed Zombo as an undrafted free agent in 2010. As a rookie he started eight games, recorded four sacks and 38 tackles. Then Zombo became a walking calamity.

He played in just five games in 2011 and seven games in 2012. Among Zombo’s injuries were a broken scapula, hyperextended knee and hamstring strain. He registered just one sack and 18 tackles over those two seasons.

That being said, they could use a few more bodies at the outside linebacker position. The Packers have also lost Erik Walden, who signed with Indianapolis at the start of free agency. That leaves just Nick Perry, Dezman Moses and some guy named Micah Johnson opposite Clay Matthews and his balky hamstrings.

Previous Article
Clay Matthews Will Get $13 Million a Year
Next Article
The Deer Fight Video is Gone, So Here Are Some Randall Cobb Highlights