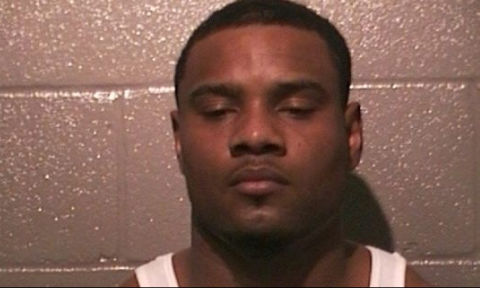 The sun rises in the east, tax day is April 15 and Detroit Lions players get arrested. These are three things you can count on.

The latest offender is defensive end Ronnell Lewis, a fourth-round draft pick in 2012. That brings the Lions’ league-leading total to nine arrests since the start of 2012.

Lewis, who hardly played last season, was arrested in Norman, Oklahoma over the weekend for his involvement in a bar fight. He was charged with three misdemeanors. Here’s the best part though — Lewis was Tasered by cops twice during the altercation.

According to a police affidavit, Lewis punched the other man, Herve Sivuilu, with his right fist as Sivuilu was on the ground.

Lewis and Sivuilu were charged with disturbing the police, public intoxication and interference with an official process.

As you no doubt know, they run a real tight ship over there in Detroit and always draft quality guys. It will be interesting to see how many future arrestees the Lions will choose in this year’s draft.