D.J. Smith was Not Out of Work For Long 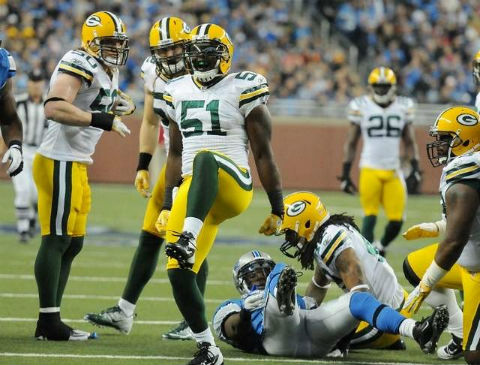 One day after the Green Bay Packers made the strange decision to release linebacker D.J. Smith, he’s found a home with the San Diego Chargers.

Word out of Green Bay is the Packers cut Smith because he failed his physical. Well, that’s kind of what happens when guys are rehabbing torn ACLs, isn’t it? Obviously, that was just used as an excuse to cut Smith, who started nine games over his first two seasons.

Word out of Smith’s camp is he was as befuddled at his release as we were yesterday.

Anyway, now he gets to leave behind the crappy Green Bay weather and play in beautiful San Diego, which he seemed pretty pleased about.

The only downside is, the Chargers pretty much suck and they have a crazy, stupid redneck for a quarterback. There could be a KKK rally going on around any corner with that guy.

The weather is nice though and there are plenty of good-looking women. So there’s that.

Smith will probably go on to become a Pro Bowl linebacker now and he can thank Ted Thompson and Mike McCarthy for giving up on him after only two seasons.