What Should We Get Jay Cutler and Kristin Cavallari As a Wedding Gift? 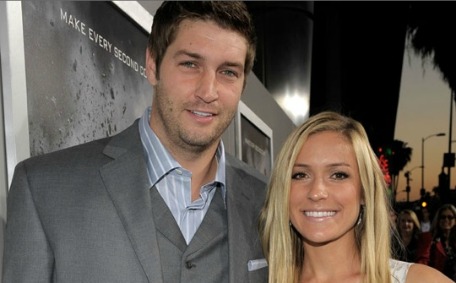 If you recall, we went through this exercise once before. Jay Cutler and Kristin Cavallari were supposed to get married in July 2011.

As the dutiful Jay Cutler and Kristin Cavallari fans that we are, we went to their wedding registry and purchased for them one fine gravy boat, because nothing shows respect like a gravy boat.

And then it all went to shit. The dynamic duo called off their nuptials and hearts sunk everywhere. They also returned our large gravy boat. 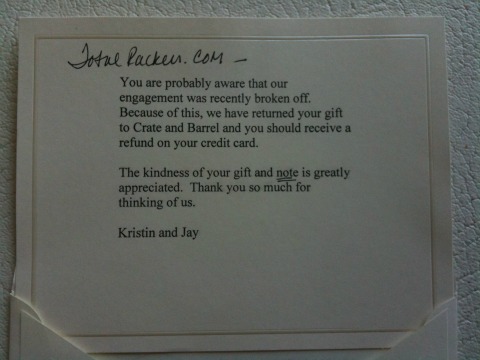 But true love was not to be denied! The couple got back together in late 2011 and now the wedding is back on for really real this time! It’s this July and their wedding registry has again been made public.

They’ve registered at Williams-Sonoma and Crate & Barrel. This time, you pick the gift and we’ll send it to them with a nice note from Total Packers just like we did last time.