Packers Will Not Franchise Greg Jennings 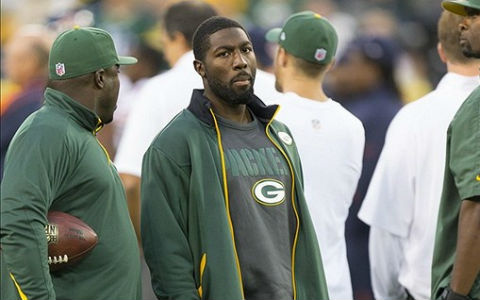 Today is the deadline for teams to use the franchise tag and the Green Bay Packers will not be using theirs on receiver Greg Jennings, according to Alex Marvez.

If the Packers had decided to franchise Jennings, they’d be on the hook for a little more than $10 million in 2012. That would have given Jennings the highest salary on the team.

Now, Jennings will hit free agency and in all probability sign with another team. There have been reports that Jennings is looking for $12-14 million per season, which is laughable.

Jennings will be 30 in September and has missed 11 games over the past two seasons. Teams will surely be lining up to throw $14 million per season at that guy.

Had the Packers franchised Jennings, they would be committing almost half of the salary cap space they currently have available to one guy. That doesn’t make a lot of sense when the team is still solid at receiver without Jennings. The Packers also have several contract extensions to worry about and more pressing needs — defensive line comes to mind — to address.

The only downside to not using the franchise tag on Jennings is the Packers won’t get any compensation for him. They could have used the tag and traded him. But then, they could have done the same thing with Matt Flynn last offseason.

Ted Thompson was afraid to do it then and obviously, nothing has changed.

We’ve Got Eddie Lacy and the Packers